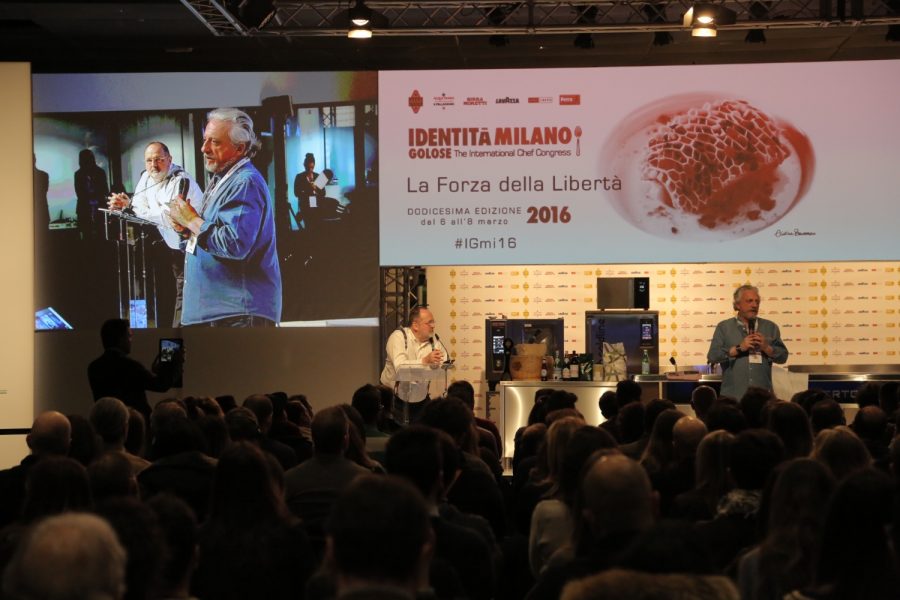 Planning a spring trip to Milan? If food is one of the reasons you travel, keep in mind that Identità Golose runs from 4 – 6th March this year. Billed as a Chefs’ Congress it features those from both sides of the kitchen pass – and is open to the general public.

Although I’d heard a lot about it from Italian friends, when I went for the first time in 2012, it felt more international than I’d expected. There was an open curiosity about food from all over the world. For instance, Italian superstar chef Davide Scabin prepared a Thai Green Curry Sauce to go with Monograno Felicetti pasta and the main auditorium provided headphones for simultaneous translation to facilitate talks given by non Italian speakers.

The event does champion fine dining and most of the guest chefs own Michelin stars. But, there is the occasional nod to foam free presentation: one year I bumped into Pietro Zito who’d travelled up to Milan from his osteria Antichi Sapori in Puglia, to receive an Identità Golose award. The veg growing chef-owner is certainly no glazing deconstructionist.

Many chefs arrive with VTs providing stylised glimpses into where and how they work. Some of these short films are stunningly beautiful having been expertly produced. A few years ago, one featuring Jordi Roca captivated the audience and deservedly drew deafening applause. However, even the regular cooking dems are invariably seasoned by surprising revelations from the skilled interviewers who emcee them.

So what’s on the programme for 2017? As usual there will be an area devoted to wine with about 60 different Italian wine producers. There will be chefs from countries including Denmark, Chile, South Korea, France, Japan, Peru, Spain and the USA, and sessions on cheese, gelato, Champagne, pasta and pizza among others. And there will be an afternoon focused on a Dessert Dossier.

Desserts and their creation are always popular at Identità Golose. In 2013 a group from the Fat Duck talked about how they developed theirs. And at that moment in time, James Petrie shared his excitement about their recently acquired x-ray machine. Who knows what will get the crowds sweet talking this year? 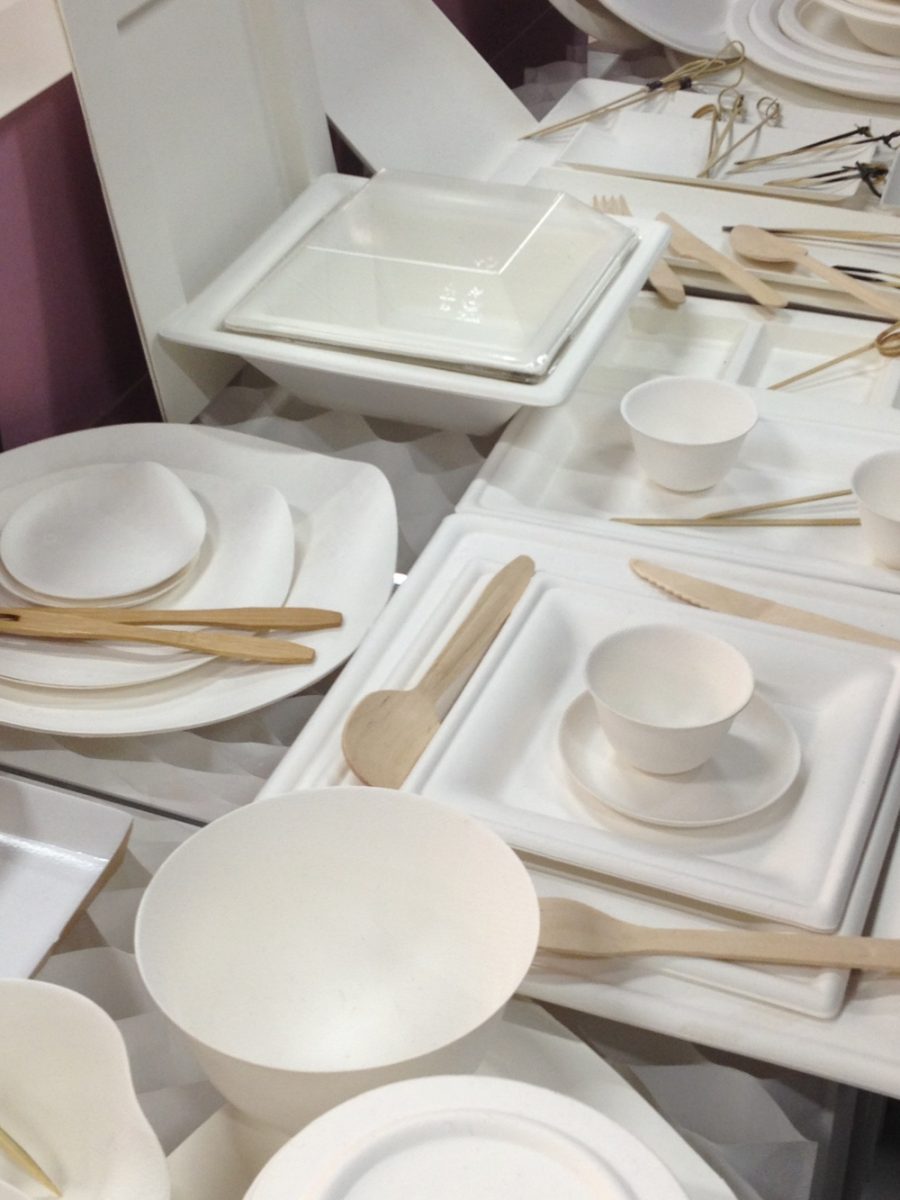 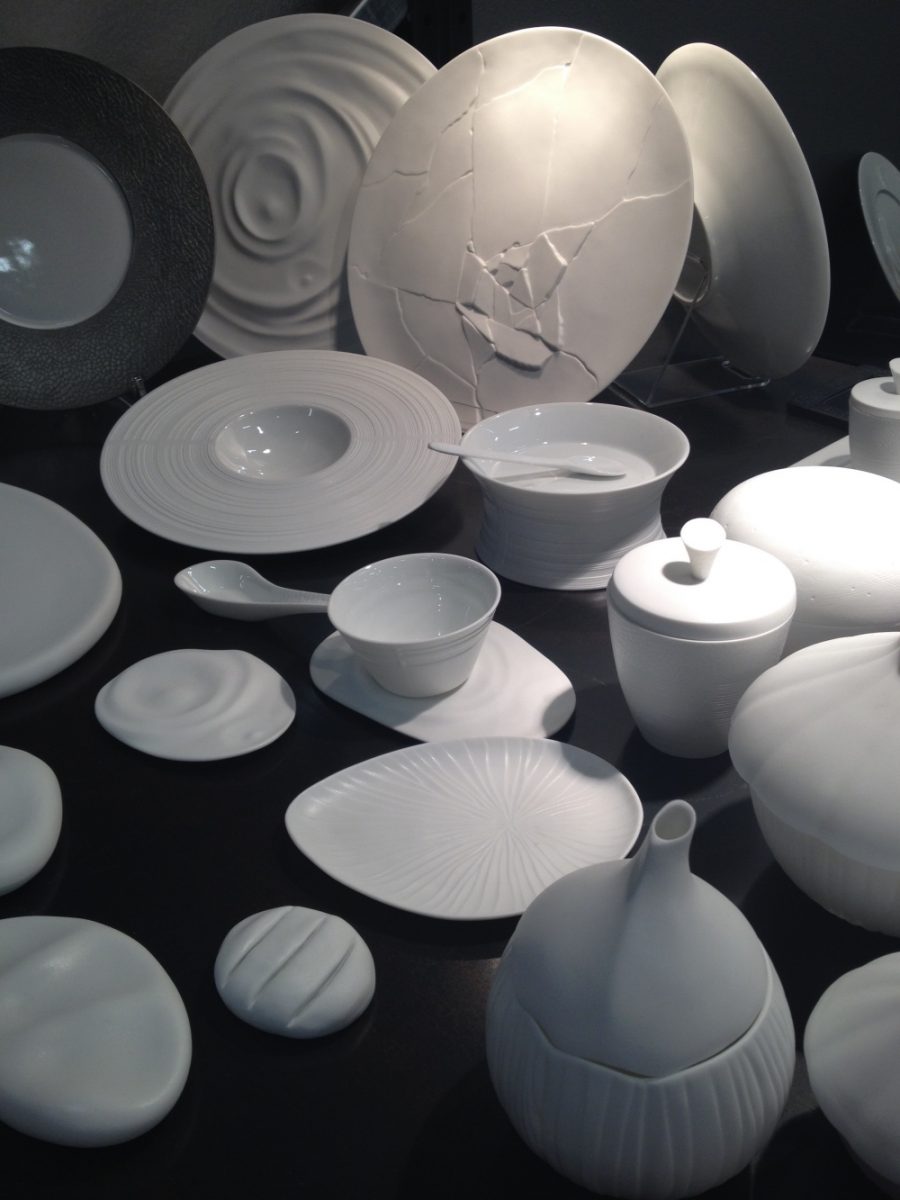 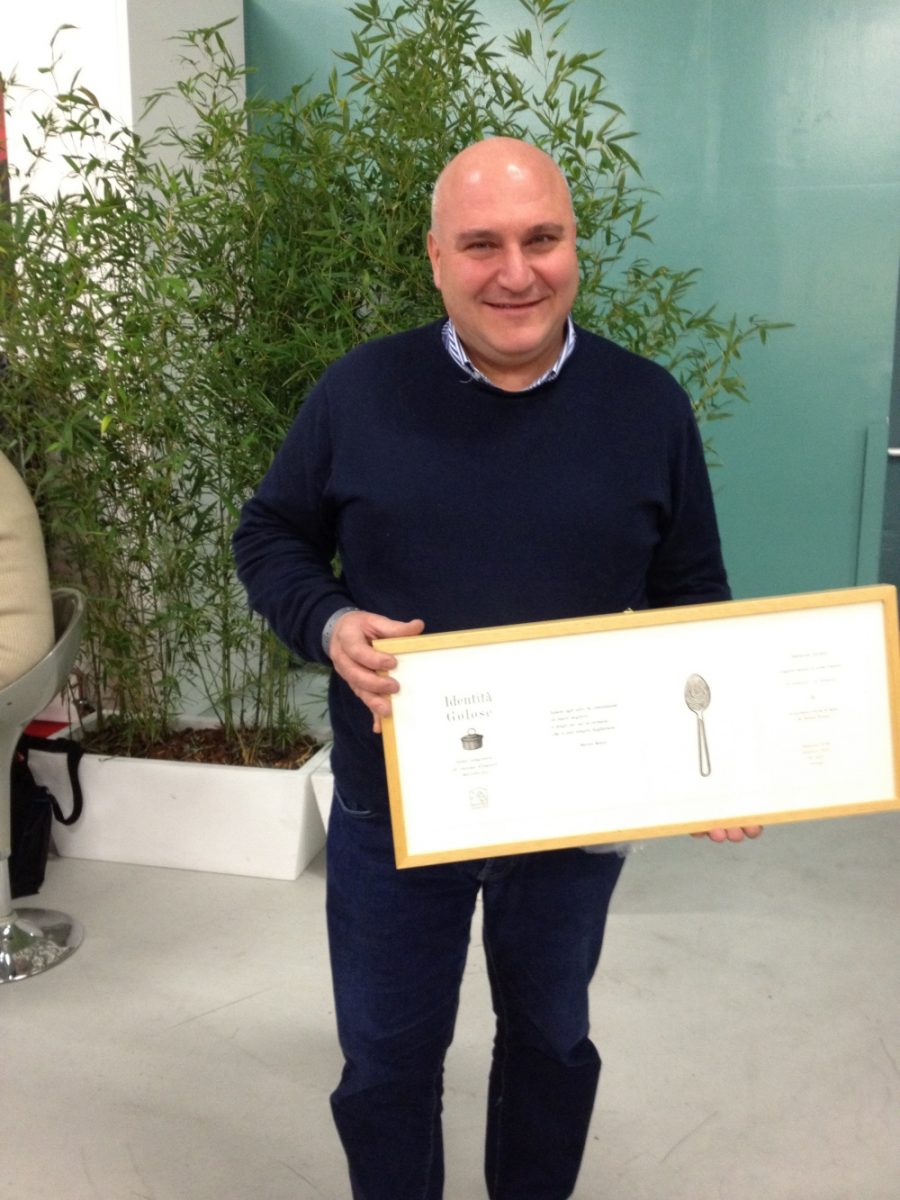 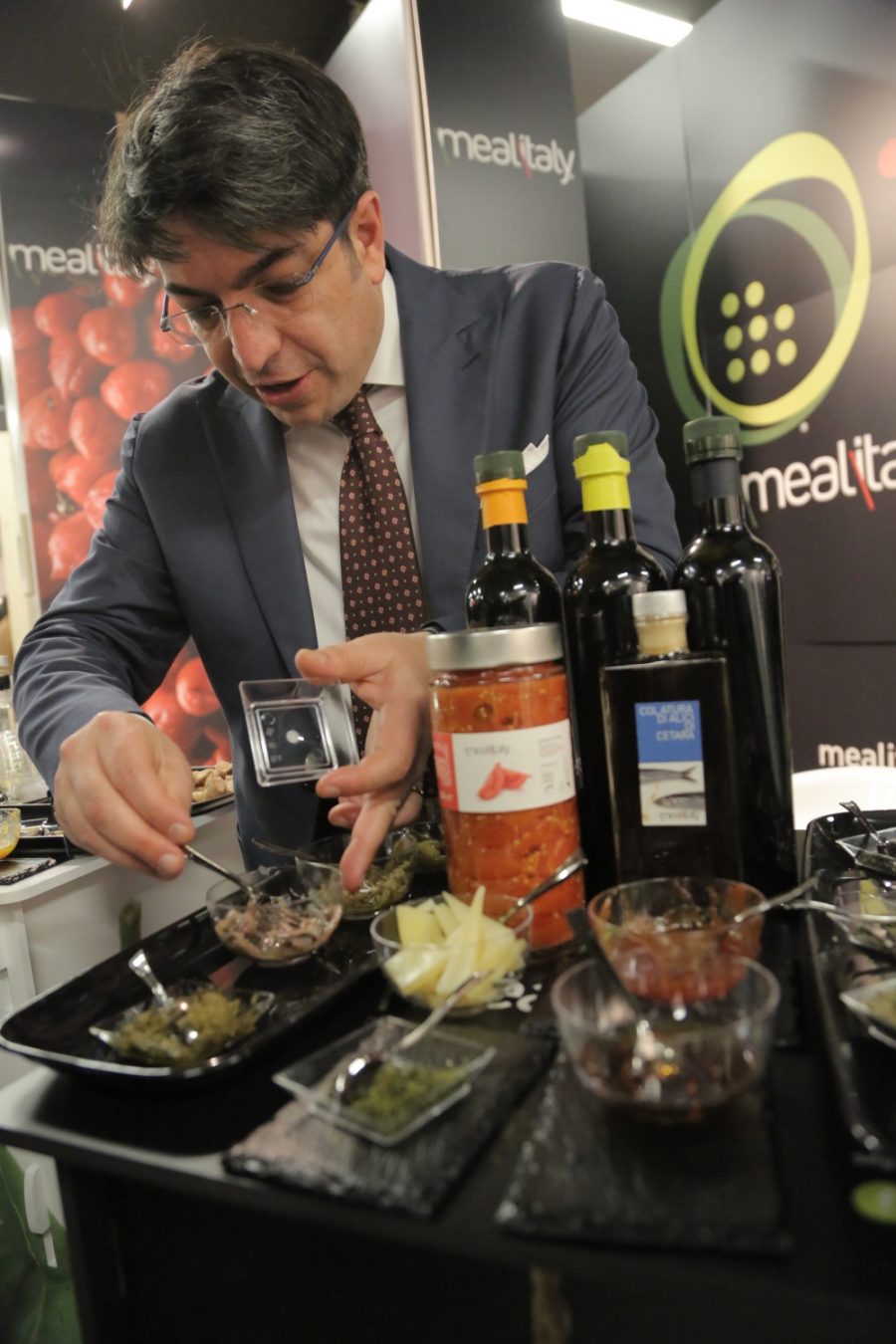 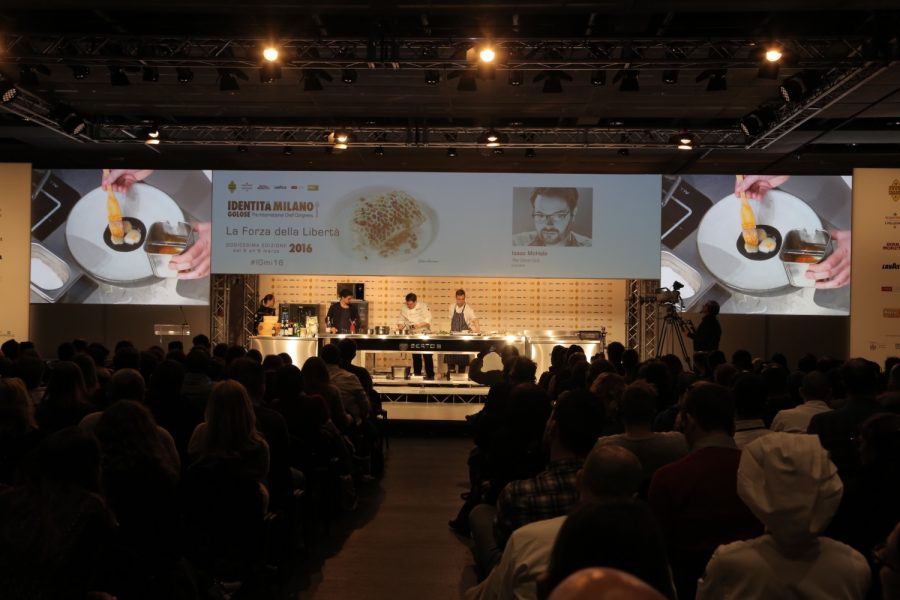 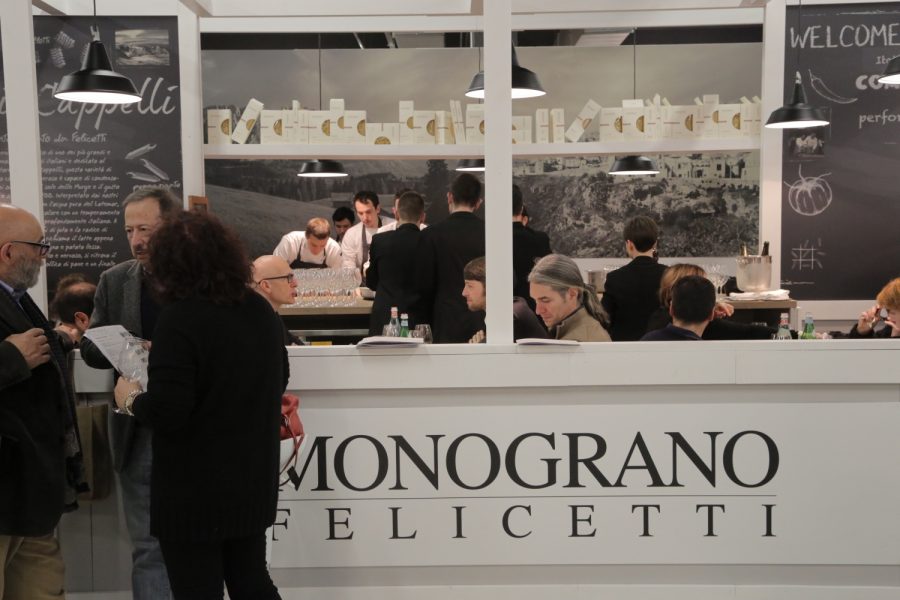 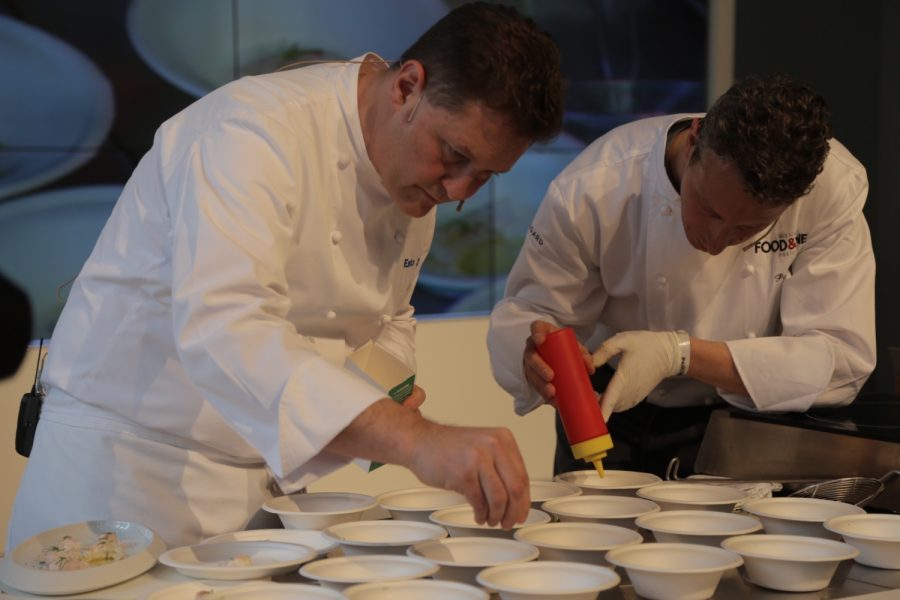 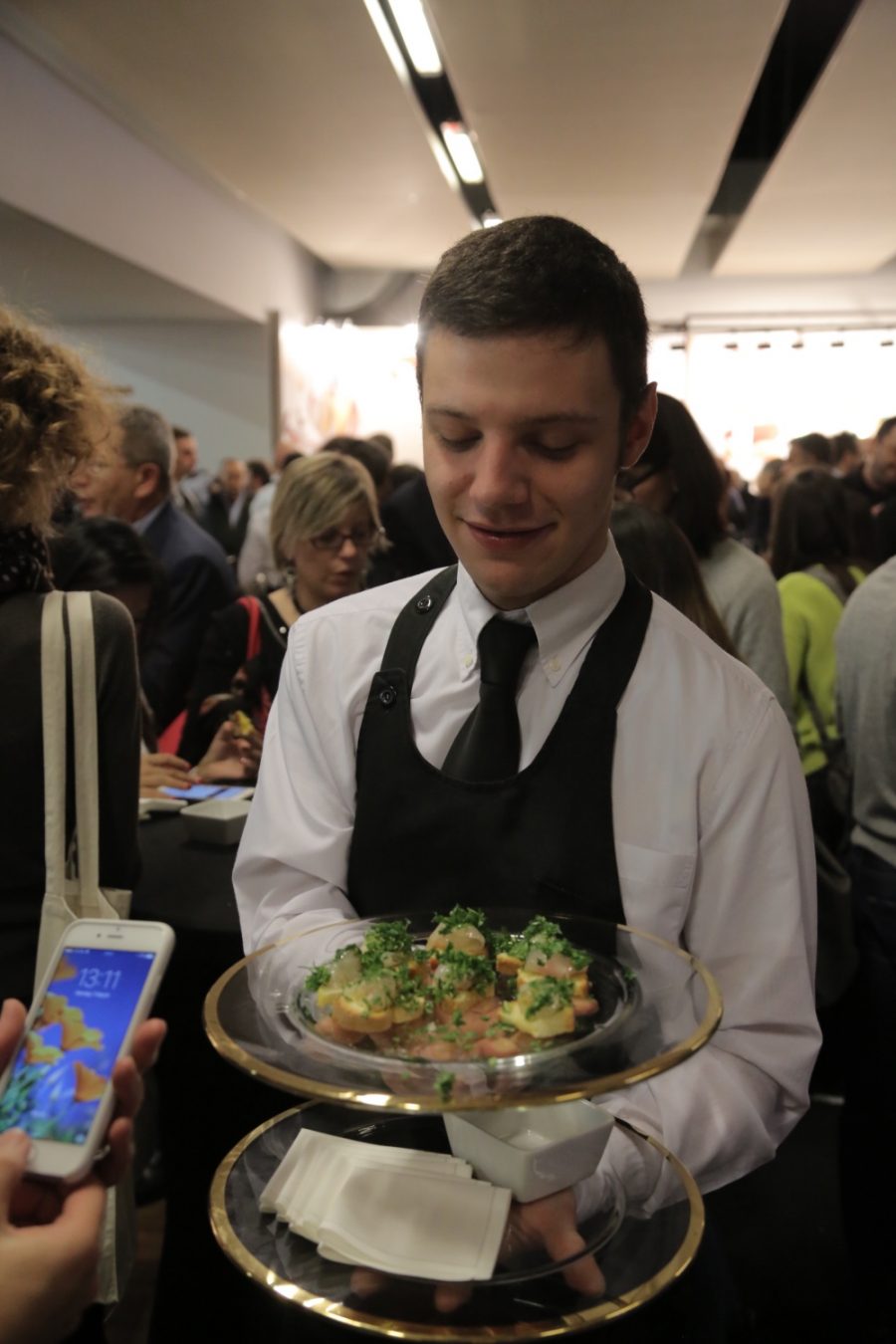 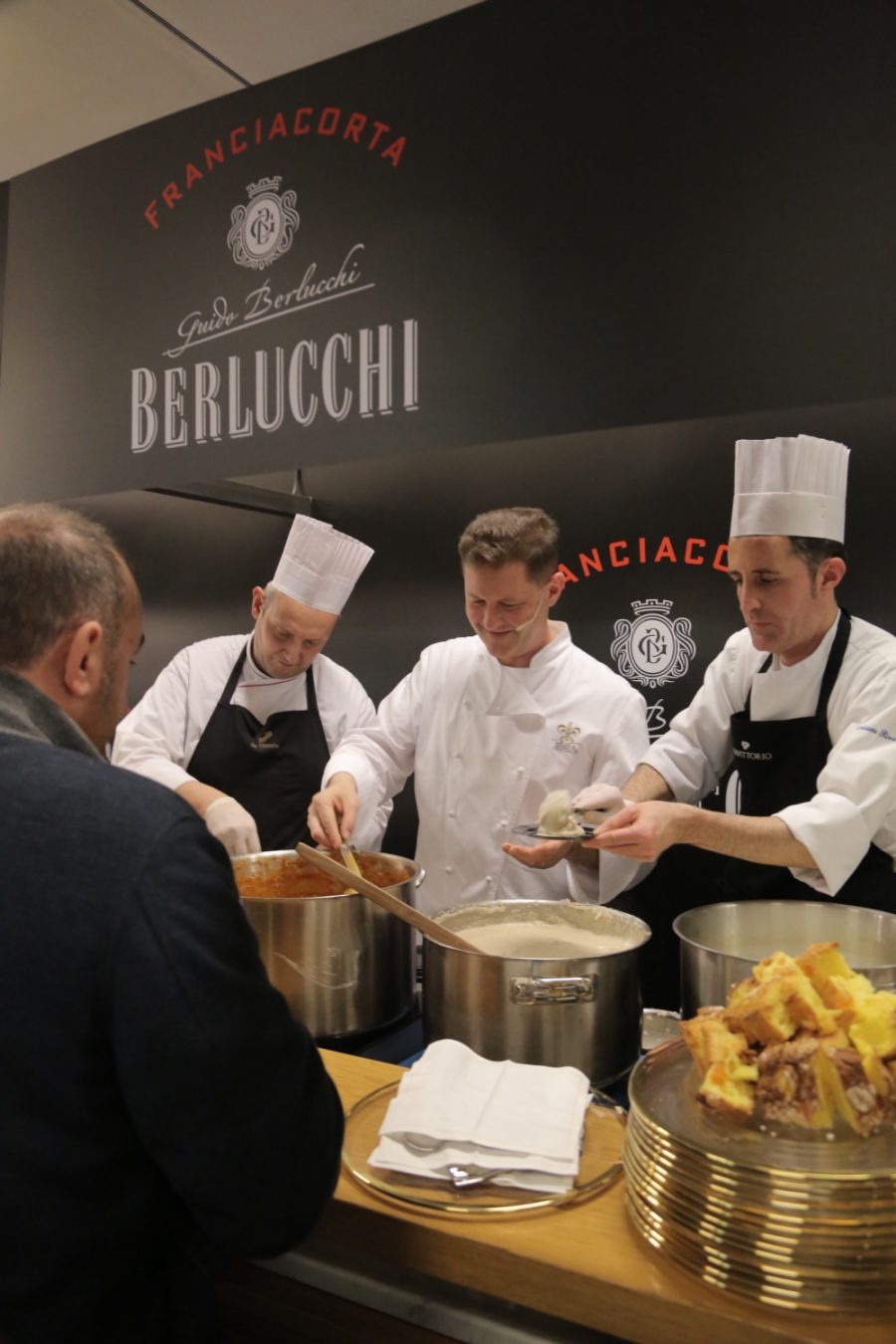 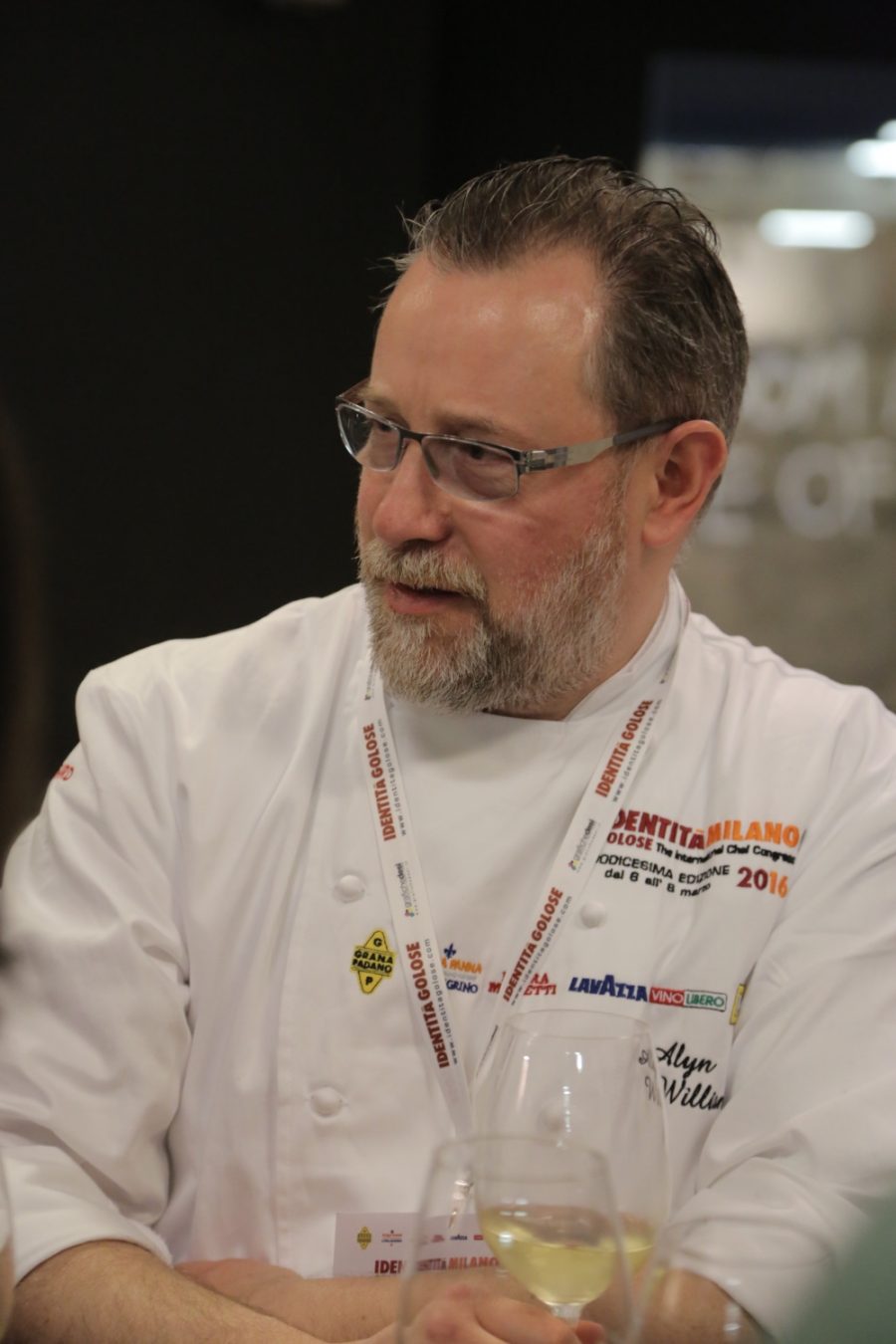 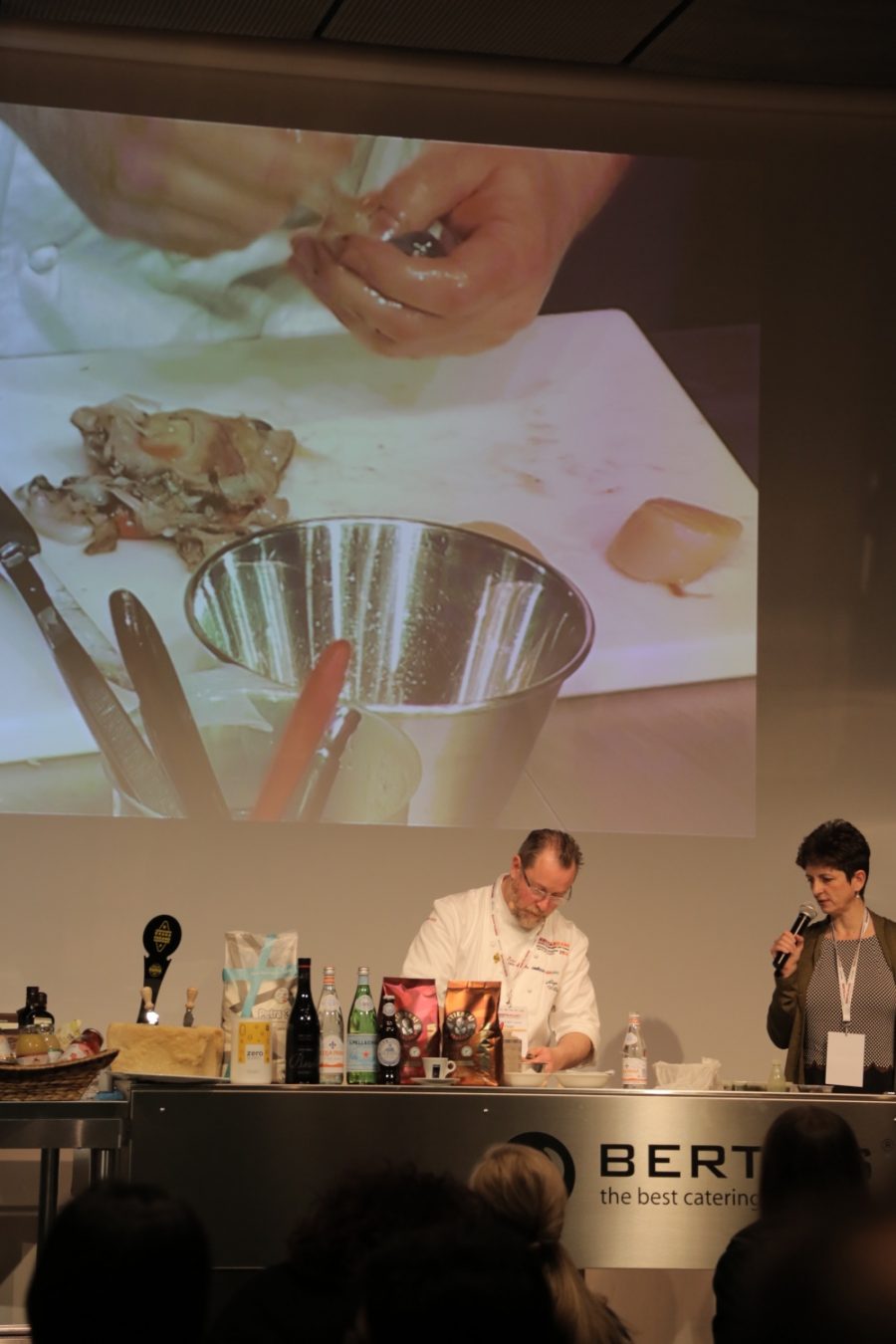 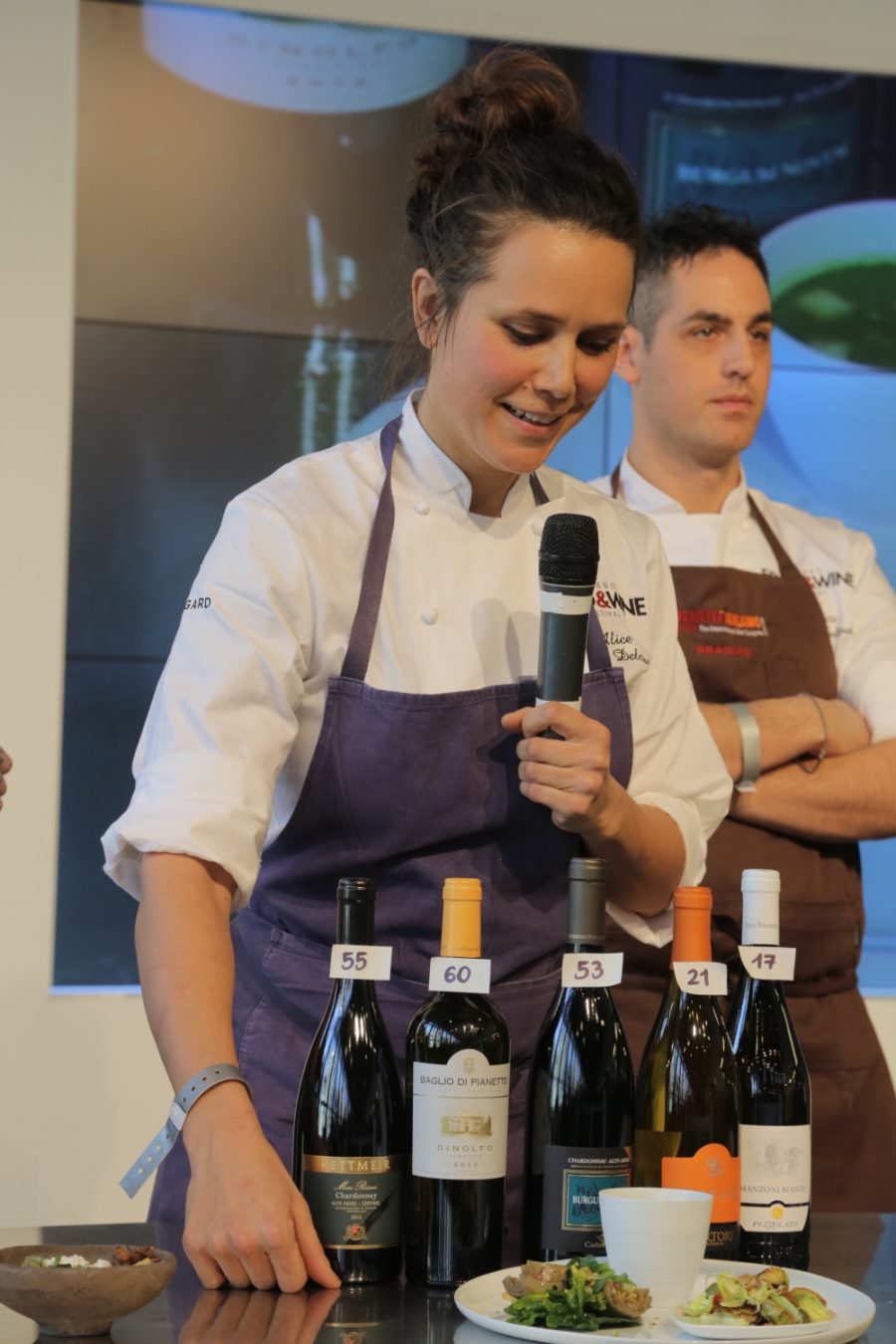