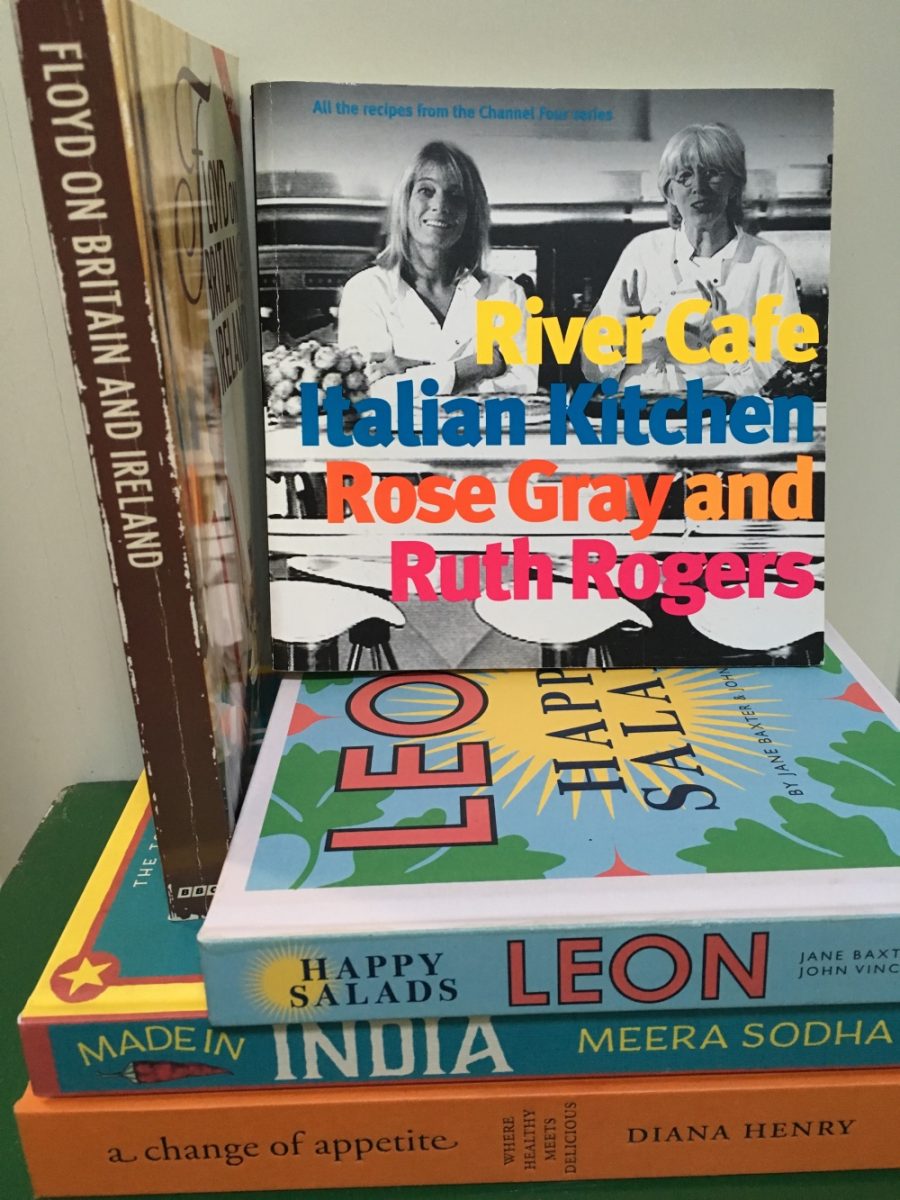 It’s that time of year when enthusiastic cooks and food writers look back on their favourite new recipe books of the past 12 months.

There are some helpful, revealing lists out there but instead of adding to those, here are my five most cooked recipes from this year. Interestingly only one dish is from a book published in 2016, but then I like returning to well-loved restaurants (and cookbooks) rather than just chasing the new arrivals.

Thinking back on 2016, albeit non-scientifically, here are the five recipes that I’ve cooked most frequently for us at home. We do eat less meat and more veg despite my OH often asking if “there’s something to look for.” Don’t applaud too loudly – there’s usually wine on the dinner table. Afraid that there are no pictures of the dishes as I rarely take photos of my food before I eat, especially when cooking at home when people are waiting to be fed and I’m eager to sit down with them. We do eat a lot of fish but I couldn’t think of a fish recipe that I’d made more than a couple of times, other than a few from my new book, but I’ll put the top five from An Appetite for Lombardy in another post.

Aubergine Kisir: Leon Happy Salads by Jane Baxter and John Vincent
I love Jane Baxter’s food and frequently turn to her ideas. There are some great recipes in this new salads book but this was one that I made repeatedly, always using harissa rather than red pepper paste. If you came to eat at our house during the summer, there’s a fair chance you were served this, even if only as part of an antipasti selection.

Cannellini Bean and Parsley Soup: River Café Italian Kitchen by Rose Gray and Ruth Rogers
We have a new Turkish and Eastern European shop at the end of our street with a dizzying stock of pulses, grains and fresh produce. Their herbs are sold in huge bunches so having bought some vibrantly fresh parsley, we used all we needed but had lots left. I do all I can to avoid food waste so found this recipe which has been a reliable solution to continued over-enthusiastic parsley purchases.

Mustardy Farro and Roast Winter Vegetable Salad: A Change of Appetite by Diana Henry
This was an immediate temptation from Diana’s wonderful book. I fell in love with farro while researching my Umbria title and I’m a big mustard fan so it was sure to become a favourite. It’s a straightforward but comforting dish.

Mum’s Chicken Curry: Made in India by Meera Sodha
The recipe for Butternut Squash Curry with Garlic and Tomatoes from this book has been made almost as often as this dependable chicken recipe – but not quite. One of those glorious simmering pans of food that sends appetite tickling smells through the house.

Apple Cake: Floyd on Britain and Ireland by Keith Floyd
I needed to make an apple dessert and found this on my Eat Your Books bookshelf. One of those recipes that had been sitting in front of me for years (the book dates from 1988) and I can’t fathom why I’d never cooked it before. Currently at the top of my husband’s list of cakes. But that could easily change.