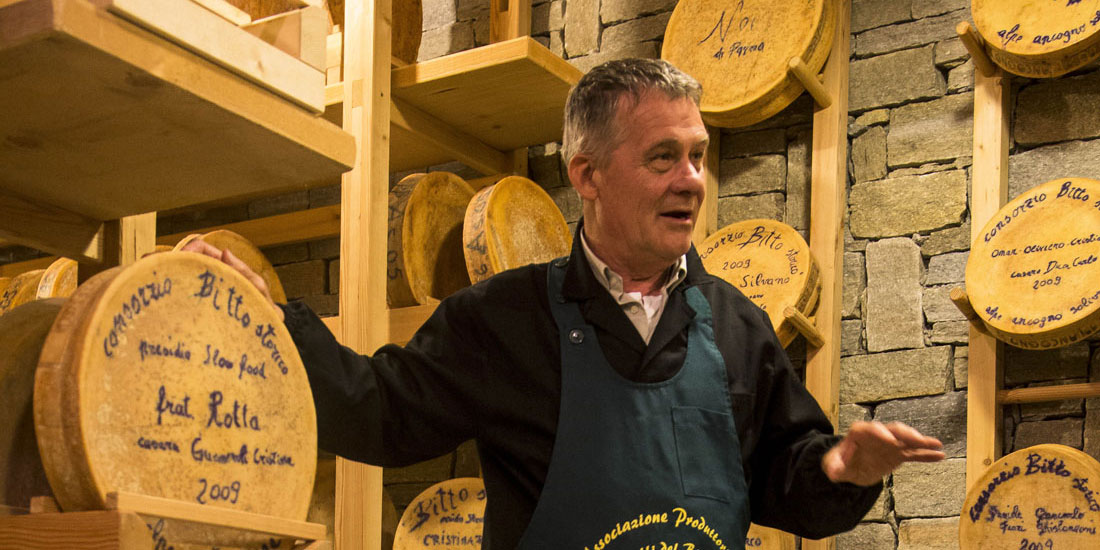 …and be spoilt for choice. The northern region of Lombardy is a cheese lovers’ dream. With lots of small producers and Slow Food Presidia it’s also the home of 13 DOP cheeses. Alongside the internationally known Gorgonzola, Grana Padano, Parmigiano Reggiano (the area of production although mainly in Emilia-Romagna extends into the Lombard province of Mantua) and Taleggio, are the less well-travelled Strachitunt and Valtellina Casera.

Although you can easily stumble across intriguing cheese shops and tempting boards in many restaurants, here are some of my favourites: 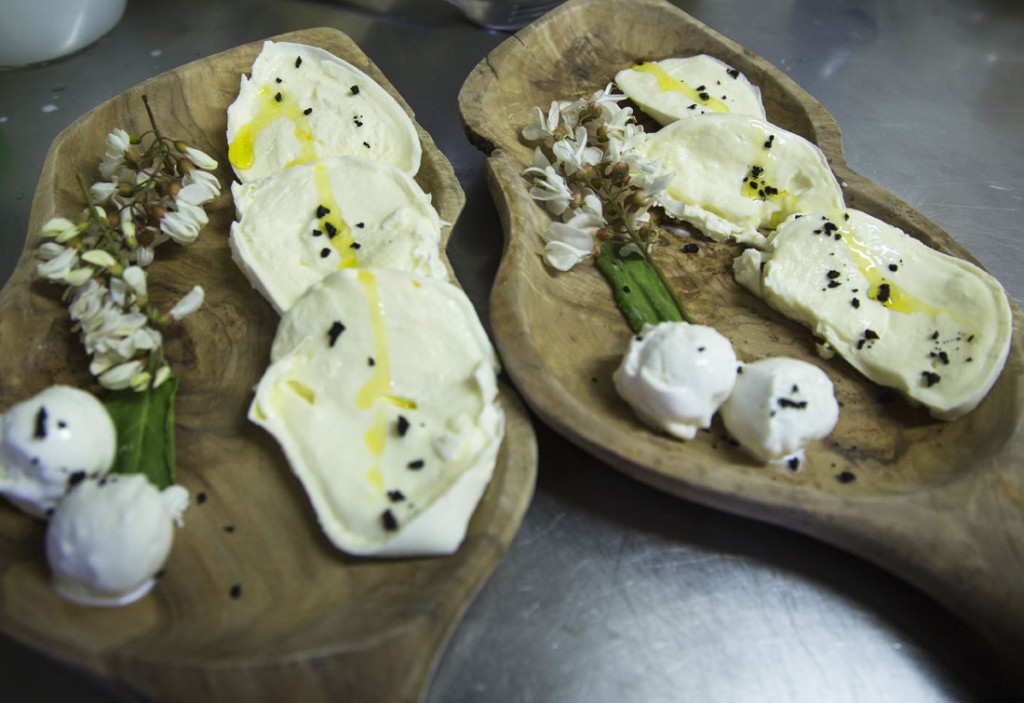 Up in the hills above Brescia, just outside Brione is Trattoria La Madia. Owner and chef Michele Valotti is committed to small-scale food production, and its inconsistencies. “Flaws are interesting. They create anticipation. When you buy a cheese from the supermarket, you always know what to expect. It’s always the same. It’s standard. But it should have defects: a mark, more of one thing or another. It’s this aspect that produces a moment of magic when you cut into it.

But there’s more than selections of cut cheese on offer at La Madia. You may well find a Strachì parat on the menu. “It’s a dish from the mountains. A heavy, fat cheese which we cook with onions for more than six hours at a low temperature.”

Whatever takes your fancy, Michele believes that “The cheese here is wonderful ­­­— and when I say cheese, I mean cheese made from raw milk.”

Less remote, in the heart of Bergamo’s Città Alta is Al Donizetti, an acclaimed wine bar which unusually for Italy, serves food continually throughout the day.

The beautiful outside terrace used to be the home of the covered market. Before it closed, the last stall holder standing was a cheese seller so there’s a pleasing continuity about the seriousness with which Massimo and Ornella who own and run Al Donizetti consider their cheeses. 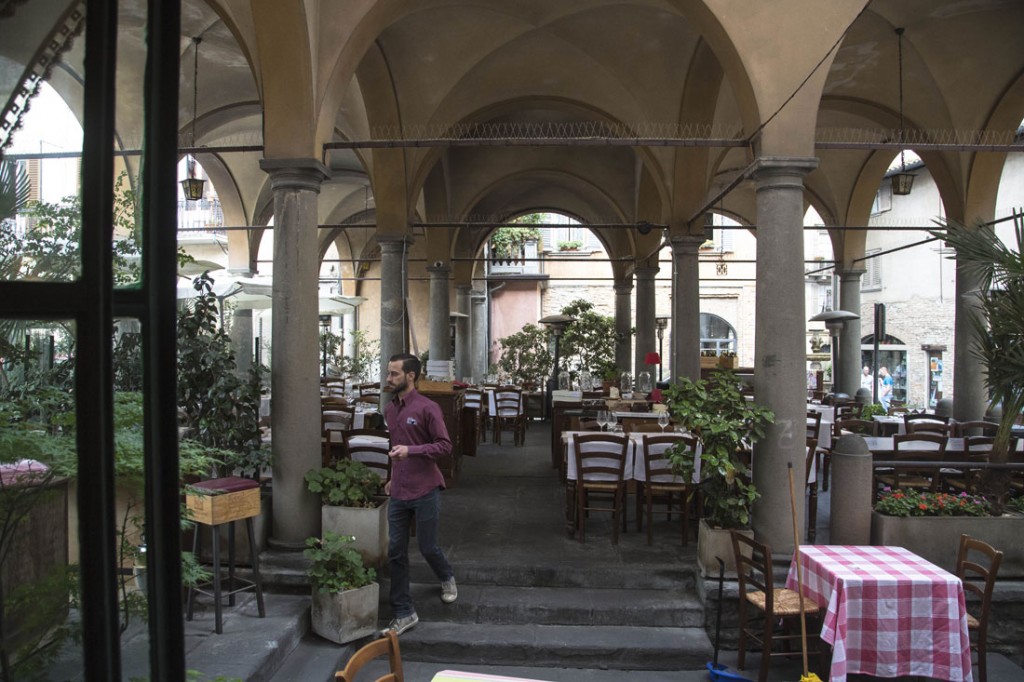 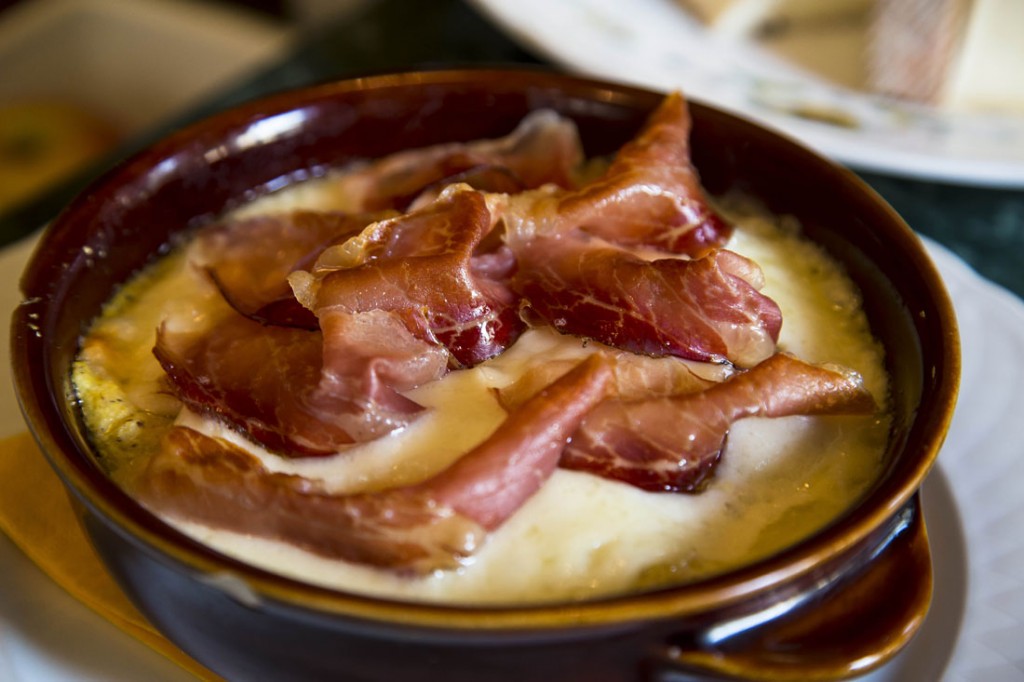 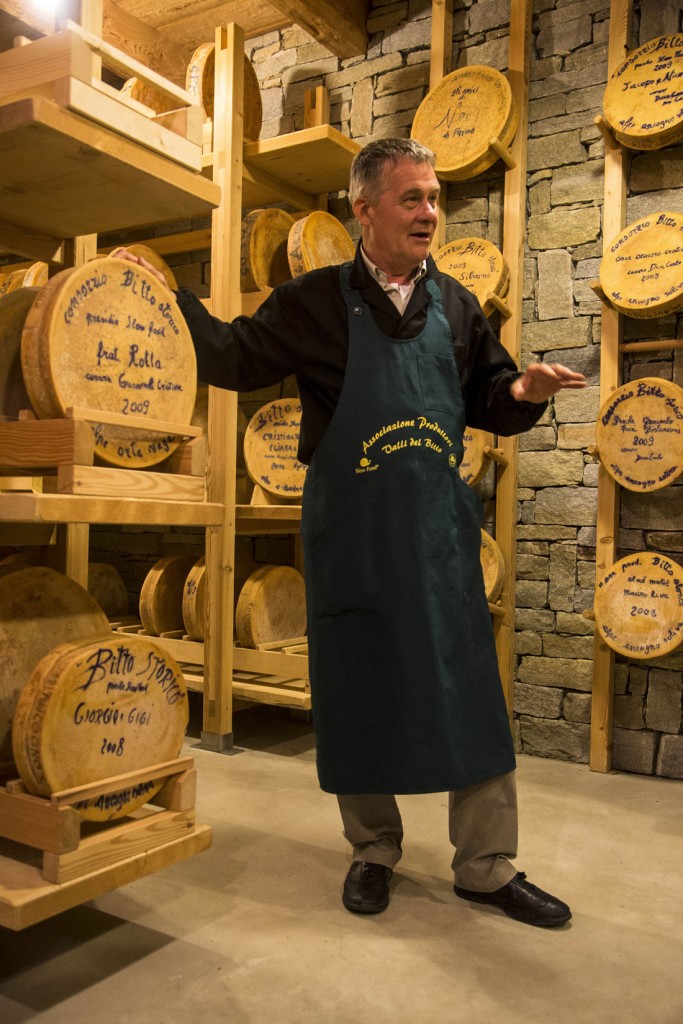 Paolo Ciapparelli in the ageing room of the Bitto Storico Centre, Gerola Alta

Up in Valtellina in the province of Sondrio, many restaurants offer vertical selections of local Bitto Storico which is aged up to 10 years. A visit to the Bitto Storico Centre in Gerola Alta enables you to walk around the temperature and humidity controlled storage room where people leave their cheese wheels to age. You may even be there when a family turn up to have their photo taken with their ageing cheese — as many do annually. 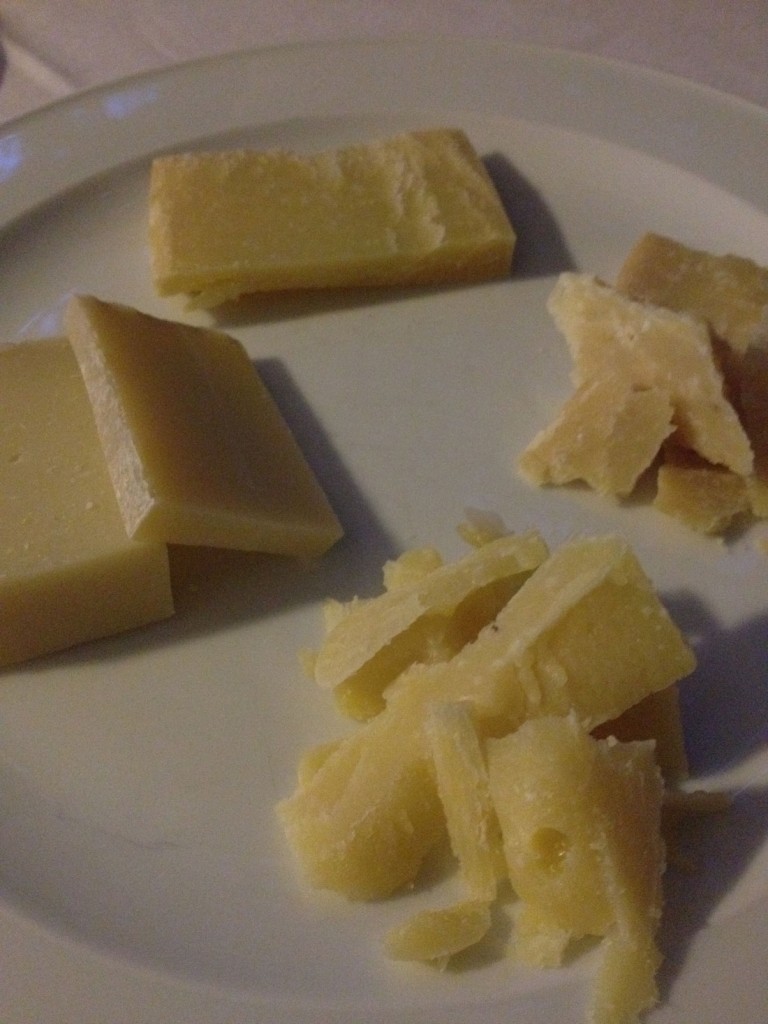 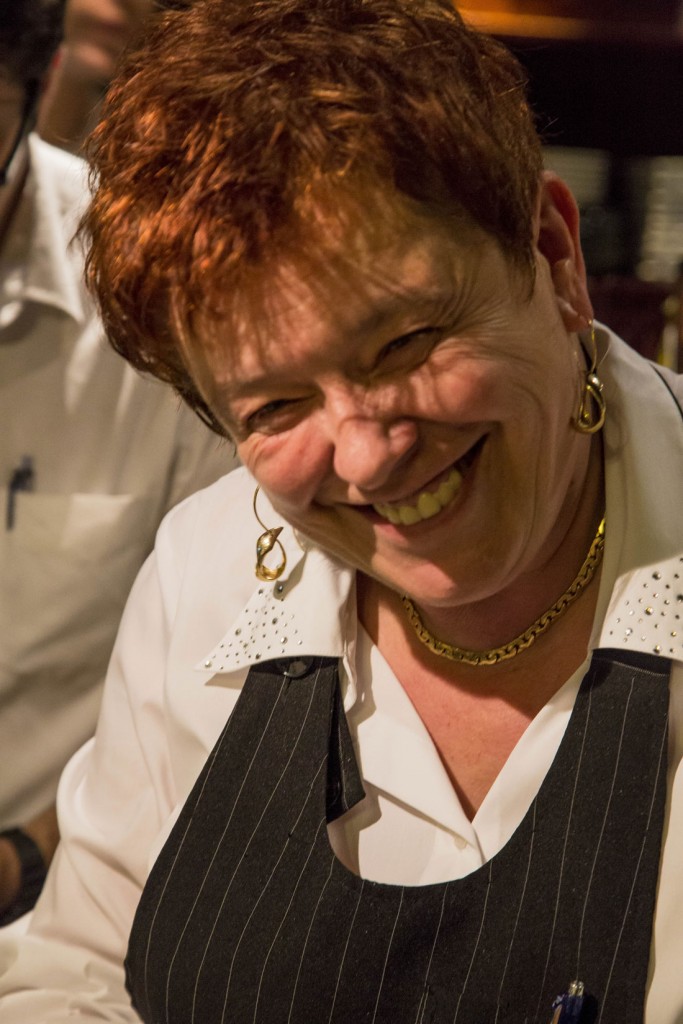 Heading further east along the Valtellina, Anna Bertola of Trattoria Altavilla in the village of Bianzone is such a big cheese fan that she’s taken a number of courses and is proud that “I buy cheese with the maker’s personality.”

If you want to start your meal with cheese, then Anna’s Sciatt (buckwheat flour and grappa batter with a centre of Casera DOP) are a plate of deep fried legend. 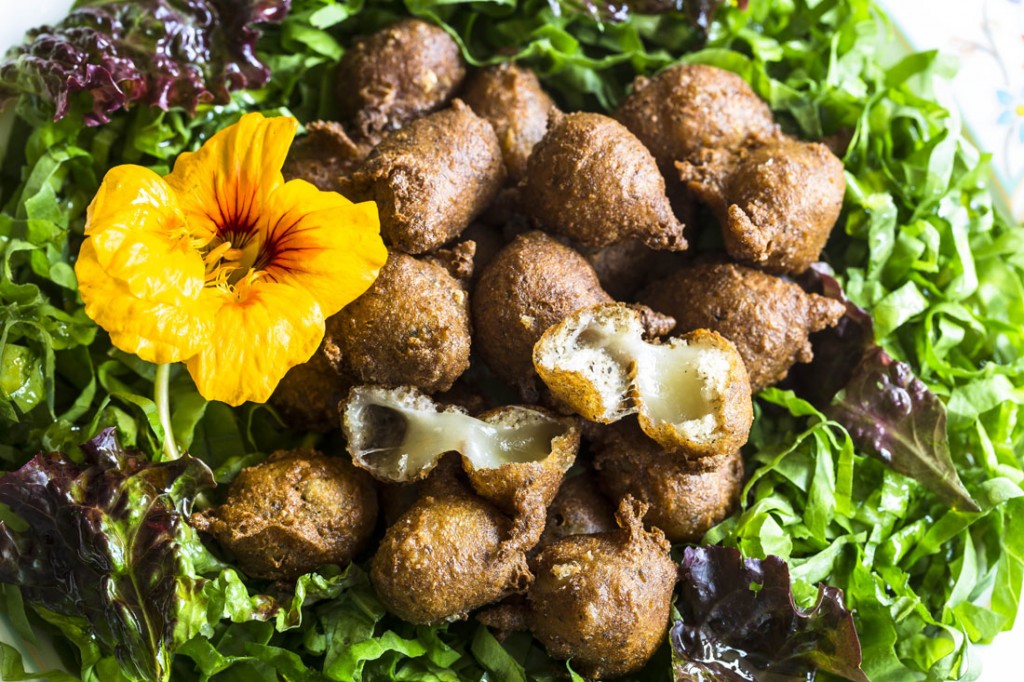